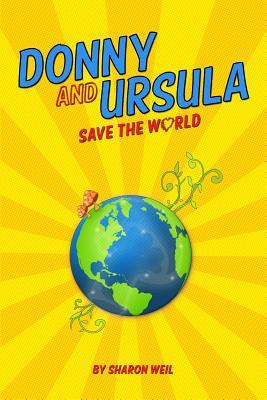 Summary: When an agribusiness giant threatens to control all the seeds of the world in order to own life itself, Donny and Ursula join forces with belly dancing feminists, gun-crazy survivalists, outlaw guerilla gardeners, and comic book heroes, to rise up on behalf of Mother Earth.

Review: Here’s a book about a serious topic that doesn’t take itself too seriously. Sharon Weil managed to write about GMOs, the end of the world, and make it all OK.

This wasn’t a typical romantic comedy, but here’s what I say about that: Good!

Donny and Ursula Save the world doesn’t preach about the dangers of genetically modified seeds, but the reality of it is still there. Instead, it’s wrapped in a quirky woman who deals with life in her own way – even if that is growing mushrooms in her home. Ursula can’t get in tune with Mother Earth and, in turn, she’s never had an orgasm.

When Donny meets her, he feels compelled to be with her and joins in her quests of planting sees without really know what he’s doing, and falling in love where he never imagined it would happen.

Then there is the big, bad company of AgriNu that Weil does a good job of showing actually how scary a company like this can be. While the book was funny and interesting, it did give me pause and think more about GMOs and how they affect crops.

I didn’t expect this book. It kept me entertained while also making me think.